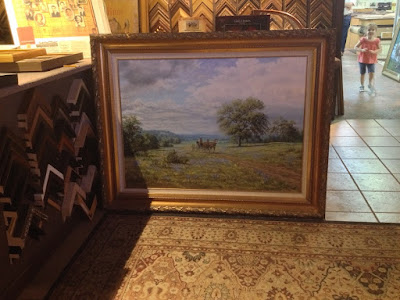 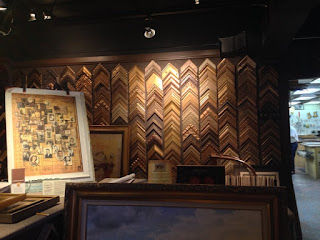 Sometimes, you can find some really great people in the heart of Texas. With our trip to the Ft. Worth Stockyards so pressed for time, I reached out to some of the local businesses and Mr. Joel was kind enough to respond to me. At first, they weren't sure if the could get the picture framed in 24 hours but sure enough, Mr. Dwayne pulled off a miracle! Here is my review of the framed picture. 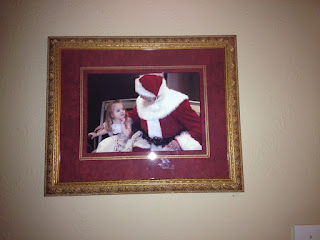 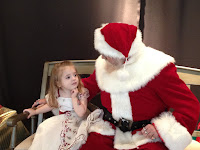 I e-mailed Joel a picture of Olivia with Santa Claus from last Christmas to see what could be done. The picture isn't the greatest quality when blown up, but he told me it was a great picture and deserved to be framed. When we arrived yesterday to pick up the picture, I was in shock it was so beautiful! The frame looks like gold and wood blended, it's solid there's no dipping of the picture within the frame. It's also about 10x14 he said, but that wasn't the best part of coming there. 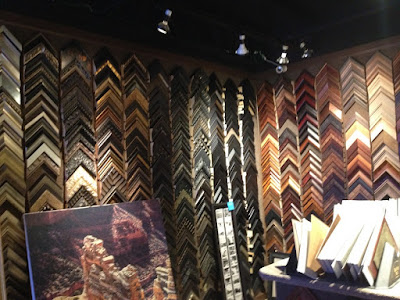 Joel took to my daughter so quickly, he was very sweet with her. He gave her a wooden coloring duck with markers that she had her Daddy color on the train for her. He took her to another room with some animals and had her tell him all the animals in there. He thought he would stump her at one point, and showed her one big bird, but she got him when she let him know it was an Ostrich! My little Einstein, haha. 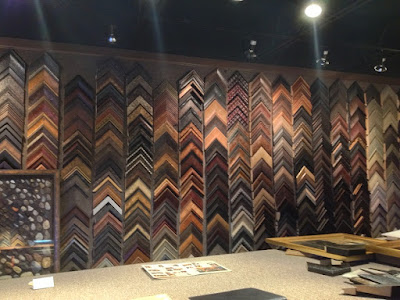 I am so impressed by not only the quality of the frame we received around our picture, but the store itself was beautiful. Standing there looking at all the frames seeing just how detailed each one was and really showed their craftsmanship. Joel and Dwayne were very nice and friendly, and I know every time we need a picture framed from now on we are going to them!

Out of five stars, I give Adobe Framing !!!