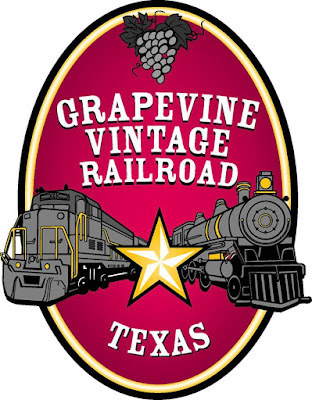 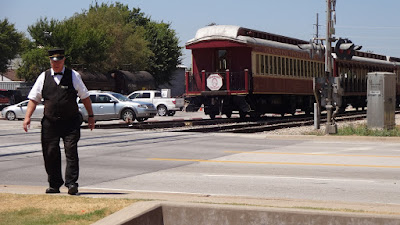 Update: After speaking with Ms. Lucas I wanted to go ahead and add a disclaimer.

DISCLAIMER: My family's experience of the train ride was a 1 in a 500,000 event. The delays that we incurred are not common and should not in any way keep you from choosing to ride. This was just my honest review of my experience.

As the first official review of Review Ballerina, I want to thank Ms. Wesley Lucas for providing my family and I the tickets to ride the train. The manager, Ms. Iona Robbins was wonderful and everyone working the train were fantastic. Here is my review. 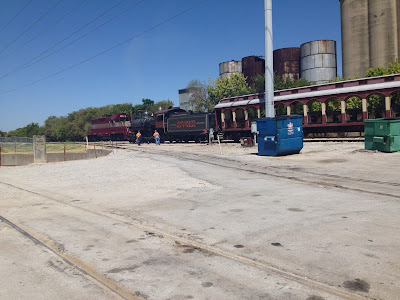 We got to the train station around noon, and immediately realized we'd parked way too far away. There were signs all over saying "Train Parking Here" so I park where the toy train museum was. We ended up walking across the train yard to get to the station and across a busy street. After getting our tickets, we waited and then boarded the train. 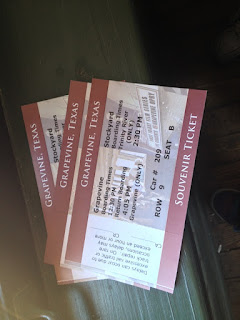 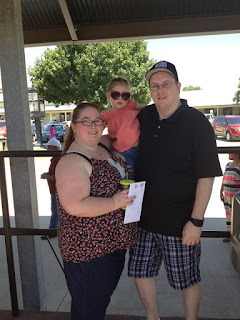 At first we were extremely impressed. Our first class seats though not the most comfortable were a WONDERFUL cool temperature and very shaded. There were shades you could pull down over the windows if you wanted, and it was great! When I went to buy a soda from the snack bar, I spoke with Iona and she comped us any food or drink we wanted after I bought one soda. I was really appreciative of her doing that especially after how downhill the ride went from there. 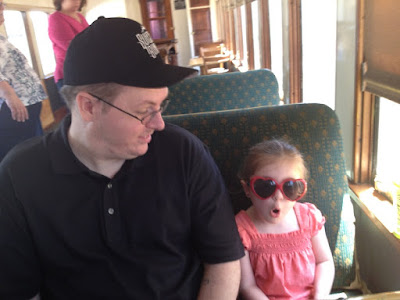 Though the train tells you repeatedly both in writing and in person that there could be a delay due to "repairs" and such, there is nothing mentioned about a delay due to waiting on other trains...constantly. We missed our reservations at the Lonesome Dove Bistro because we had to stop twice to wait for trains. The first time was only a short wait, the second time was a good 30-45 minutes. I asked Iona if the train was passing and she informed me no, that the train had not arrived yet but we did not have permission to go. Really? It would've taken less than 3 minutes for us to pass but we had to wait that long? Couldn't whoever was monitoring the trains see this? We arrived at 2:45 instead of 2:15, and our reservations were at 2:00-2:30 so yeah, they rescheduled us to next weekend. 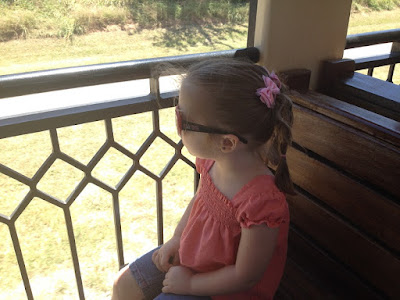 Update: After speaking with Ms. Lucas, I was informed that when we were delayed awaiting a train to pass we could not continue until the train was a mile away from us. It is possible the whole time we were waiting, the train was one mile or less from us and sitting waiting to leave. This caused our day to and from Ft. Worth and does not occur very often (possibly every 6 months or so).

During the ride up to the Ft. Worth stockyards, there was a"train robbery" and one train passenger  across the aisle from me said they were "very disappointed" and felt it was a "let down". You heard the cap guns outside and then a "robber" came in. He was hilarious, and was passing out "money" (an advertisement) to the children. He then ran off, and then the "Marshall" came in. He had stickers to "deputize" the kids and sadly the only two kids not deputized were our daughter and a child across from us. Every other kid got the sticker and I was kind of disappointed in that. He said he only had a handful of stickers but he still had one more car to go into, couldn't he have two more stickers? I guess they were on a time crunch, and Olivia didn't seem to notice. 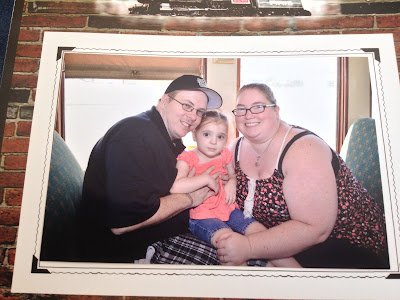 One more thing happened, because Iona had comped us the food and drink, we were also given a free family picture from Ms. Noelle Doner and Ms. Vanessa Florez of Photographers International. They took pictures of everyone there and I was extremely impressed by the quality of the photograph we were given. It's not their fault I looked like I was over-trying with my smile. This small shot you see to the right really does not do me any justice, I look like I'm squinting my right eye, but trust me it was a fantastic photo they took and I want to thank these ladies and Photographers International in Dallas, TX for giving me the photo for free.
Iona rescheduled our re-boarding from 4:05 to 4:30pm which really helped, but we did not have time to truly enjoy the place. We ran to Main Street, stopped to pick up a couple of things, and then ran back. By the time 4:30 rolled around we just wanted to get home...and that was wishful thinking. I figured we'd leave by 4:45, and be home around 6:30 or 7PM. 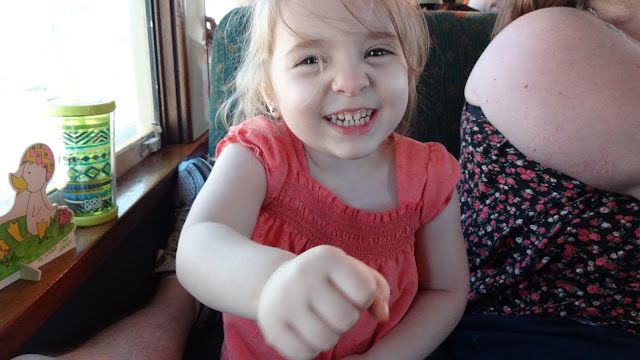 The website states the ride back should take no more than an hour and 30 minutes. We got on the train at 4:30 and got off around 7:00. Yes, seriously. We got about two minutes from the Ft. Worth stockyards and we stopped and sat for an hour waiting for a train that truly took that long to arrive. I couldn't believe that they would make us wait an hour for a train to come. It would've taken less than two minutes for us to pass the tracks but no, we had to wait as our train was considered "level 4 priority". Then, we kept stopping and starting the whole way back and we went slow. Really slow, a lot slower than on the way there. Only a couple of times did we have an explanation to the stop and starts (Switching tracks, etc).

I truly, truly wish I could say we enjoyed our train ride but fact is there was no way to enjoy it. On the ride up there it was almost impossible to keep Olivia still for over two hours, and we had disappointment in missing our reservation. Then coming back with her exhausted and suffering from the heat it was impossible to enjoy it back. Even she was saying "this train takes too long" about three-fourths of the way back home. Perhaps if we hadn't been held up for so long and spent a total of 4 hours and 45 minutes total on the train we might have enjoyed it more.

Out of five stars, I give the Grapevine Vintage Railroad  1/2!