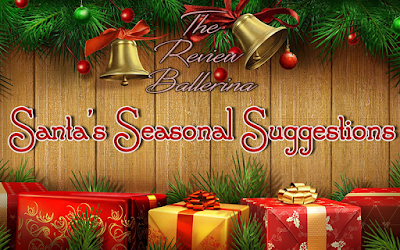 Let me start out by saying I avoid weighing myself quite often. I was a size 9 when I graduated high school in 2002. I am now a bigger size (and I'm a woman so don't ask me!) and no matter how I try to eat right or exercise the weight likes to just stick. But, my daughter somehow stays skinny no matter what she eats. She is very energetic and runs around so much she burns off a lot of what she eats. Recently, we took her to the doctor for a "weight check" even though if we had had a scale we could've done this ourselves. So when Ozeri let me review the Precision Digital Bath Scale, I was excited to have it! 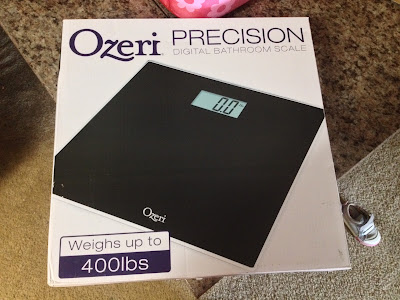 The first thing I loved was that this is tempered glass, and is a step on activation. One thing I hated when I had an older scale was you hit the button and it would beep, notifying everyone in a 20 mile radius that you wanted to see if you'd gained weight. This for me felt much more smoother, easier to trust and well..."stealthier" when trying to weigh in. On the first step on, the weight it gave me made me want to fall over and pass out. I stepped on it again about 2 minutes later and it came down 10 pounds so I would say weigh yourself three times, and then average it together. Obviously where you stand on these will give you a different weight based on how the scale tilts. 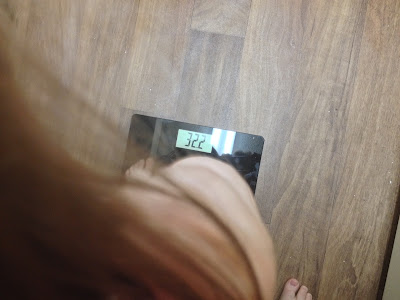 Yes, I was sneaky and decided not to show you my weight! Instead, I let my daughter try it out and yep, extremely precise! I also loved how quick it weighed her it was faster than her doctor's office doing it manually! Maybe 3-5 seconds and it blinked signaling its completion. For an almost four year old she sure is a tiny thing but before anyone says anything, she has always been short and skinny even as a baby. The doctor says she is on a perfect curve so yep, my little 32 pounder is perfect! 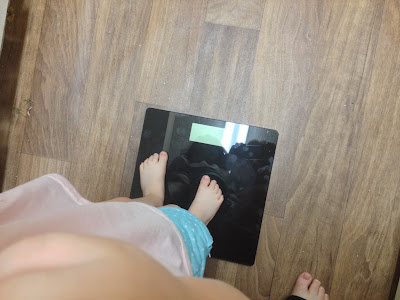 Here was my only negative, you can see that she stepped on the scale and nothing happened at all the second time around. She stepped off, and I had to get on it to get it to turn back on. Perhaps she was too light and it didn't register her? But when my husband tried it later in the evening, it registered him about 100 pounds lighter than he truly is. As happy as that would've made him, it wasn't true. But later on we tried it again and it was fine so I truly think depending on how the weight is distributed is how well it works.

All in all, this is a fantastic scale and I love how sleek and simple it is to work. It takes one battery that is included and as long as you are careful with your housewares I truly don't think this will be break any time soon. I love how quick it weighs you, how accurate it is, and most of all I love how quiet and discreet it really is! No more beeping telling everyone what you're doing!

Out of Five Stars, I give Ozeri !!