Trending Topic: Child Discipline -- Whose Fault Is It? 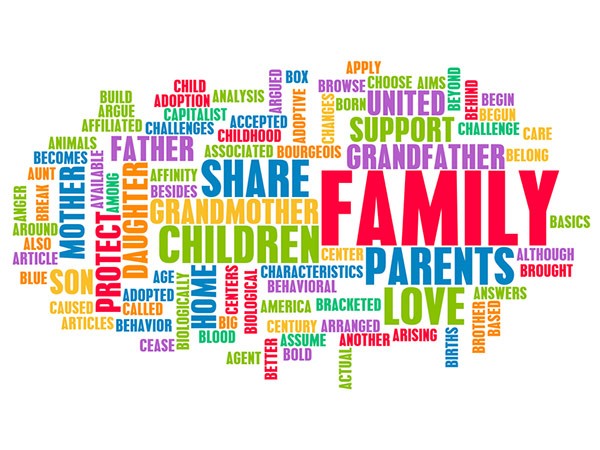 Disclaimer: I'm saying this now before I even begin, I do not in any way support the reactions of any police officer, teacher, or person of authority that ends in violence or physical altercations with a person under the age of 16. This article is my opinion on the behavior of any person(s) under the age of 16 that behave in such a way that causes that end result.

I graduated from high school in May of 2002. In the 13 years since I graduated I've seen stories regarding teenagers that have just boggled my mind. I was more than likely known as a "Goody two shoes" most of my life; Part of that was due to me being sheltered as a child and the other was I just didn't know there were options in life besides school, home, and dance. Today, I found a story on several news media Facebook outlets that a teenage girl was thrown across a classroom floor by a police officer because she failed to comply with his and the teacher's requests to stop texting in class and to leave. I read the articles before anything because I wanted to know the whole story. When I responded with a comment I was thrown so many different things that shook my head for me. So here's what I was told, and how I feel about said statements.

1. She had just suffered a loss of family members, and was just quietly texting in class.  - The loss of a loved one is nothing to turn your back on. I would know, I lost extremely close relatives when I was nine in very violent deaths and it left me with PTSD, shock, depression, and memory issues. But even as I got older and became a 16 year old re-lasping due to the whole thing who had a cell phone I didn't once back talk, argue, or not listen to a teacher. When my emotions became too raw for me, I would ask if I could go to the counselor and I went down there. I sat with them, talked about my feelings, cried through my tears and went back to class. I'm sure more than once my Grandmother was notified I'd been there. Why did this teenager (and I'm being told she was 18 so that's not even a child that's an adult) think it was okay to text in class to begin with knowing the rules of the school forbid it? Why didn't she put the phone away when the teacher told her to do so? Why didn't she get up and leave when the officer told her to?

2. The teacher should've taken the phone away. - There are multiple videos on line and in news articles of teachers being physically beaten and knocked down because they've done this. I'm sorry but I would never expect a teacher to risk themselves like that. It's not the teacher's responsibility to teach a teenager to listen and obey rules, that is the parent. We can't expect a teacher to put themselves at risk like this anymore. These teachers are not babysitters, and they are not your child's parents. If your child has a problem with authority, take the phone away at home and send them to school without it.

3. We shouldn't have police officers and security in schools, and if we do they should know how to properly handle disruption. - I agree, we shouldn't need police officers and security in schools. But thanks to children behaving just like this, and it becoming violent against the teachers and other students we don't have a choice. I do agree and disagree with the second half of the statement though. I agree the authority figures need to have better measures to handle these teenagers BUT, teenagers should be taught to respect authority, PERIOD. There is no "you have to give respect to give it" crap. I was taught you respect the police, no matter what. You do not sass them, ignore them, fight them, nothing. You say "yes Sir" and "yes Ma'am" and that's it. You're a teenager, and you're (until age 17 in Texas) still considered a child and not at an age to have earned respect yet from adults. I learned this when I became an adult by the way.

4. She should've been left alone and just given detention. - This one boggled my mind in so many ways. The first five words alone just made me blink: "She should've been left alone"...seriously? So because she broke rules and wouldn't listen to the teacher, they should've just let her keep texting? How long until another child starts texting, and another, and another? The second half made me laugh: "...and just given detention". Are you serious? She wouldn't put her phone away for class, what makes you think she'd show up to detention? Detention these days doesn't mean anything, it doesn't have any negative recourse if they don't show up other than well...detention again. Then maybe in school suspension at least that's how it was in 2002. Let's just let her text all of class then complain later she doesn't know what's on the test and then blame the teacher for that.

5. The officer should've had someone else show up and they carry her out of there.  - When? When she was hitting him? Or after the class was over? Reality is, class had already been disrupted twice. Once by the teacher who asked her to stop texting, and again when the officer arrived. We can be sure class had stopped at that point with the plan of it would continue when she left. So were they supposed to sit there and twiddle thumbs waiting for another officer to arrive to carry this...well essentially brat out of class? These days, kids are not being taught full subjects in school. They're being taught how to pass a test, that's it. So her behavior potentially could've impacted her classmates horribly if they didn't learn something they should have for that test...and don't EVEN get me started on that test and common core learning these days.

This last one, had me shaking my head because not only was it a personal attack but made absolutely no sense:

6. I guess you'll be okay with this if it happens to YOUR daughter. - Considering I have already stated I completely did not agree with the reaction the officer had, the statement was kind of unnecessary from the start. BUT, I will say this: My daughter will never behave the way this child did, therefore this will never happen to her. I know this because my daughter already is very well-behaved at the age of four. It's really sad that if I tell my daughter to stop doing something on an electronic she immediately stops and yet this teenager didn't. I will also teach her that her teachers are authority and you listen to them. I will teach her the same about police, fire, anyone with a badge. She does not get respect as a teenager from these people nor should she unless she gives them respect first.

I am sick of society being hell bent on placing blame on everyone but the misbehaving children and their parents (or lack there of). Everyone is so quick to blame everyone else. Another thing that was said in this conversation was School shootings only occur because there aren't stricter gun laws. The child doing the shooting is not at fault. Hold it, so the child who decided to do it is not at fault at all? Oh and another I got There's only two videos showing attacks on teachers, that's two students out of millions that means nothing. Ah, so we shouldn't teach our kids to respect teachers, we should teach them to not get caught on camera.

Parents, we are not our kids' friends. At least not JUST their friends. We are parents, and I've learned this as I became a parent. When my Dad and Mom got hard on me growing up I was the first to argue back because my Grandma wasn't hard on me. Now that I'm a parent, I totally understand why they were and I use a lot of their parenting tactics. Why? Well, I'm alive with no history of arrests, police brutality, no record of any kind, no vehicle accidents, no tickets except for two over seven years ago, and this is because of how I was raised. Stop blaming everyone else for what happens to your children and take some responsibility. Please...because you're making me fear putting my good child in with your bad children in public schools. I don't fear my daughter's safety due to police brutality or fear her getting in trouble constantly. I fear she'll pick up these children's bad behaviors and disrespectful personalities and I'll have to fight constantly to break her of them. Also I am not victim blaming those that were attacked for absolutely no reason. I have seen these myself of people who were doing absolutely nothing and were attacked, beaten up, tased, pepper sprayed, whatever else possible and yes there are several cases where the victim was not at fault. But come on, if a teacher says put your phone away just do it. If an officer says get up, do it. Learn from these people's mistakes and stop thinking you're the victim every time you don't want to listen to authority.


Elizabeth is a work at home Mother of a sweet and beautiful daughter. She is a wife of seven years and a blogger for some time now. When she isn't spending time with her "Livvybug" she is looking for new review opportunities and writing or singing along to classic rock and pop music!
Current Topics Personal