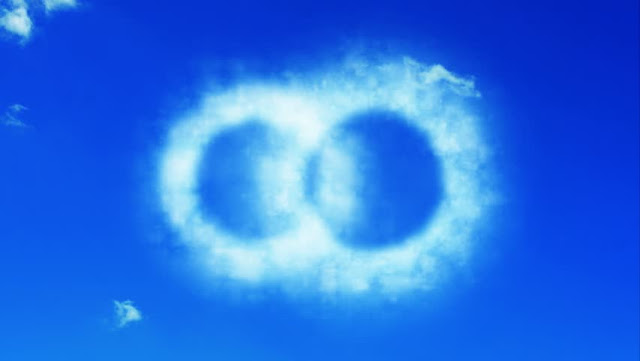 When I met my husband in 2007, he was a smoker and had been smoking cigarettes since his teen years. In 2009, he switched to Swedish Snus and until 2014 he had been using the small packets to get his nicotine. We began to realize though that he wasn't smoking out of addiction to the nicotine craving, he was smoking and using snus simply out of habit and as my husband always says: "Everyone needs a vice". So in the Summer of 2014, my husband switched to vaping, and I have enjoyed it myself!

Here are some questions I get pretty often:

How can you be okay with the smoke?

Well that's simple, it isn't smoke. It's vapor that by the time gets to me has barely any nicotine if any at all in it. The smell also comes out fantastic (unless he needs to re-wick or something) so sometimes I'll get a whiff of a fantastic fruity smell, or a great chocolate flavor. There have been a couple of times he's vaped and the cloud has been so big, that I'll cough and wave my hand to get it out of my eyes. It's not choking me or anything, it's kind of out of habit. If you see something in the air, you bat it away!


Isn't it dangerous around your daughter?

Okay, so this is the big one that even I questioned at first. Is it dangerous around our kid? This vapor is literally nothing but flavoring, nebulized oxygen and water. The small amount of nicotine that he has in his juice (3mg) stays in his lungs. Plus right there tells me I don't need to be worried, a cigarette has anywhere from 8-16mg of nicotine and he's on 3mg. Also, he does not vape in the car, he does not vape in enclosed areas when our daughter is in there. He also won't vape around my family which is really sweet.


Isn't vaping just as expensive as cigarettes and snus?

Only the hardware part, and once you're set up with a good mod and all that you need you're done. These days, many companies run special after special which you usually can find on Reddit (or our blog!) so he'll maybe spend $10-$12 a week on juice, compared to $60 every two weeks on a carton of cigarettes or $40 every two to three weeks on some cans of snus. Usually, the biggest cost of it is the shipping but again, he finds great deals.

Can't you get addicted to it if he is?

Not at all, and trust me I tried. In 2006, I tried smoking and it didn't take. I smoked a couple of times in 2009 and again, didn't take. We got me a iStick 20W and I tried vaping and for a little while I enjoyed it but I just didn't really need it so I stopped. Fact is, vaping has led most people to quit their addiction to nicotine. It's the flavors that people really get into, and they start out at the same nicotine level as cigarettes and then wean themselves off. Soon, they're vaping just for the flavor and not even needing the nicotine anymore. I have no concern regarding this at all, it's not like I smell the cloud as it hits me and I get the shakes. Also, my husband isn't addicted this is simply a habit and he's stopped before. I actually made him pick it back up for the reviews, haha.

Won't your daughter start vaping just because her Daddy is?

Yes, I've been asked this and I roll my eyes every single time. My Grandmother smoked in front of me almost all of my childhood and I didn't start smoking until a guy I was dating offered it to me. My Dad has drank beer around me my whole life and I didn't start drinking until again, a guy I was dating took me out for beers. I mean it's not something that kids are going to pick up if you're a good parent. If you're communicative with them and teach them right and wrong, and let them know to talk to you if they're curious then it's not a huge deal. I really wish people would stop saying that kids are vaping due to the "flavors and colors that are marketed to them" because that's a lie. I love pink, and I love fruity, sweet, flavors. So am I a kid because that so called "child marketing" got MY attention?

All in all, I am completely okay with vaping and being a part of that crowd. We went to Vape Blast 2015 in Ft. Worth earlier this year and had a blast (haha no pun intended). Unlike the smoking industry that pretty much still says "This is in your face you can even smell it on us!" (and we smelled horrible from 2008-2009 when he smoked in our apartment) with vaping you don't smell anything other than the smell of the vape flavor as it fills the air. It's awesome, and I'm happy to be in it!

Elizabeth is a work at home Mother of a sweet and beautiful daughter. She is a wife of seven years and a blogger for some time now. When she isn't spending time with her "Livvybug" she is looking for new review opportunities and writing or singing along to classic rock and pop music!
ECig Vape Vape Friday