The Dallas Zoo has been open in it's current location since 1912 and has become one of the best locations in DFW for families to visit. With it's large pathways, multiple animal exhibits and great employees we finally had a great family outing at the Dallas Zoo.

The first time we went, our daughter was too young and ended up screaming the whole time on the monorail because she didn't understand what was going on. The second time, it was so jam packed we couldn't see or do anything. This time, we went on a Saturday and we expected it to be really busy. But it wasn't and it was absolutely perfect. 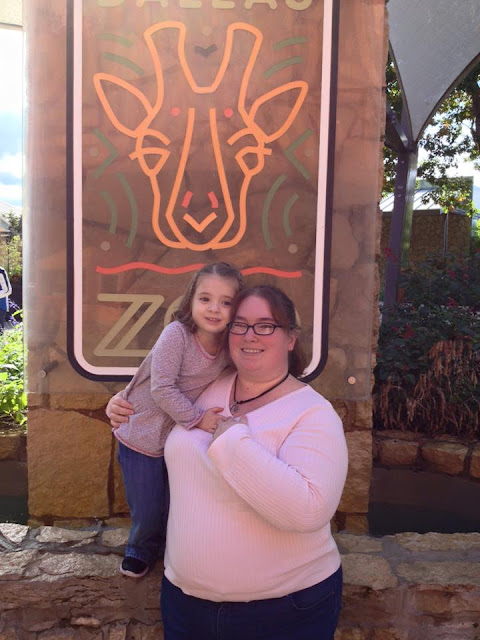 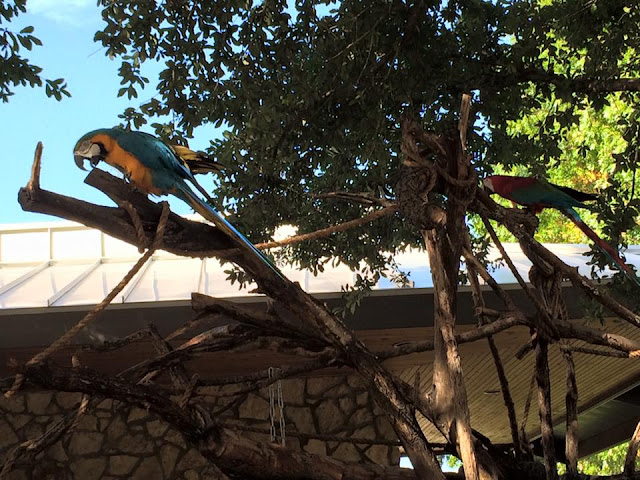 After arriving around 2pm, we made our way inside and immediately saw some Macaw Parrots in blue, red, and green. We loved hearing them chirp and make noise and the best part was when Olivia said hi, one of them surprised us by saying it back! That was already a great start. We skipped the carousel and went on, seeing the Flamingos getting fed.  But it wasn't just flamingos; there were pelicans and ducks and other kinds of birds as well. We loved seeing the pelicans eat, with their big necks swooping to catch the fish. We then moved on and saw several different kinds of monkeys. It was a great moment as Olivia really seemed to love the monkeys, and seeing as she likes to hang on her Daddy like one it was a great bonding moment for them. We saw one that just would not stop scratching, it was really hilarious. One thing I do love about the Dallas Zoo is everything is pretty spread out, and yet connected really well in a circle. You don't feel like you're stuck on a path with nothing to look at compared to the Ft. Worth Zoo, so it was really great seeing the Koalas, the Tigers, and Kangaroos. We also let Olivia ride their "train" which was on wheels, around this awesome dinosaur setup they had. She loved it, and it was bright, colorful, and gave her some freedom without hearing us telling her all the time to "stay close"! 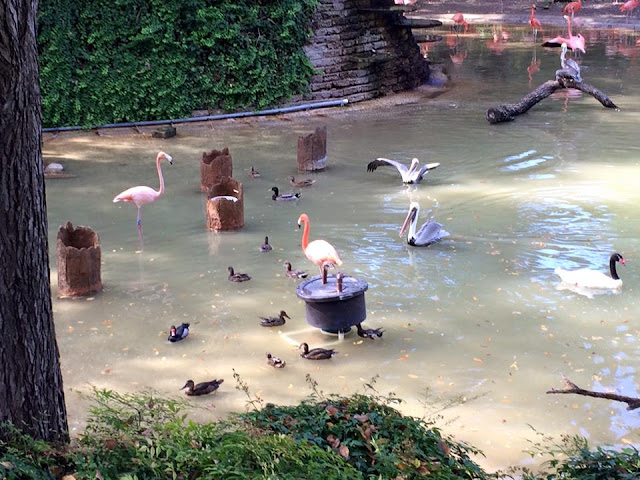 Another thing I'd like to point out, is how friendly the animals were with the visitors. The penguins had one in particular who stood for a good two minutes allowing my husband take pictures of him, and he was so cute! He'd move his head just slight for each picture, as if he were posing for a magazine. We got some great shots of him and it made for a great moment for Olivia to get up close and personal. Then, we moved onto some more monkeys (I believe they were baboons but don't quote me on that). We came around to a window, and there they were! Hanging out, foot and hand on the window. It was really adorable, and Olivia had fun pointing and laughing. Again, we were able to take some pictures and it wasn't until the little one on the left yanked the hand down did it end. 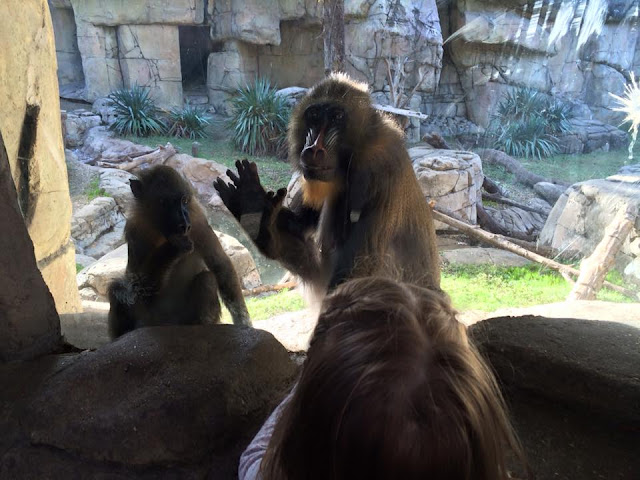 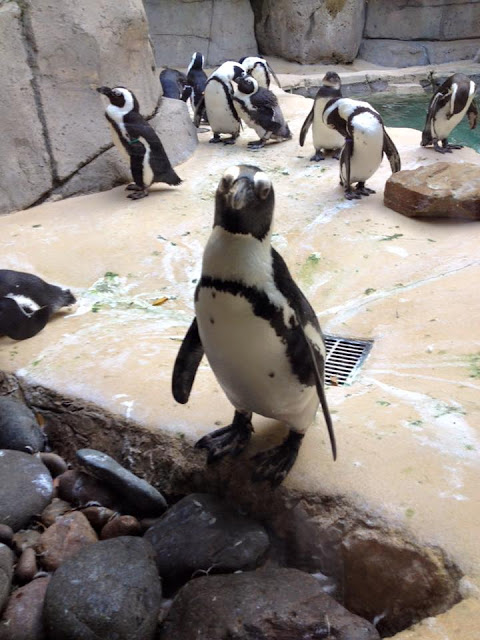 We then made our way to the African area and got to see some really awesome moments. Unfortunately, the Lions and others seemed to be gone for the day but we were able to feed the giraffes! We were given $15 worth of lettuce and we went into the feeding area. This one giraffe knew what he was doing though, and would use his long tongue to grab my wrist! Suddenly, all the lettuce was gone! It was like he would've eaten my hand for it! We were very disappointed as Jon and Olivia didn't get to feed him, so I went and asked if we could get just a little more. Sure enough the employee was nice enough to hand us a couple more pieces so they got to do it. 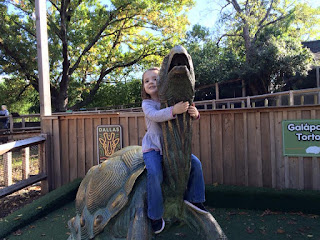 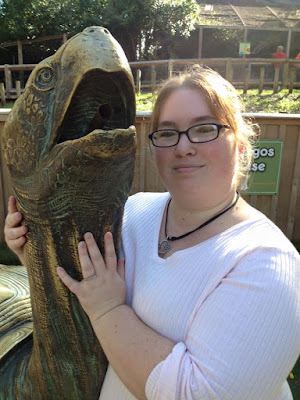 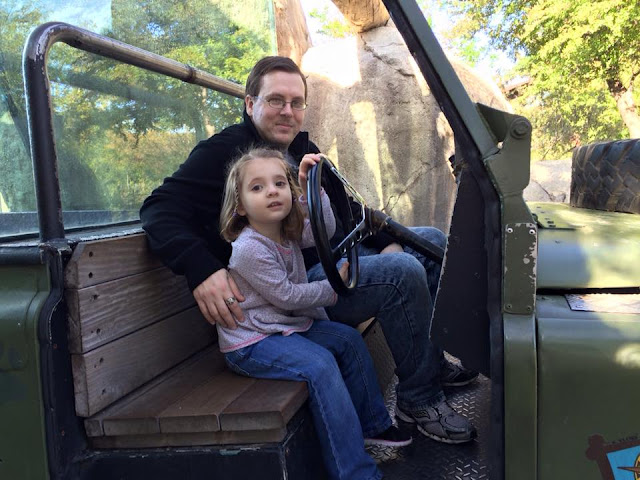 All in all, it was a very fantastic zoo trip with not a lot of people and not a lot of problems. We were able to see a lot of animals up close (my first time to see an anteater up close!) and Olivia was able to really get to enjoy time with animals. Unfortunately, there are no bears at this zoo which she was disappointed about but instead you get larger exhibits that really give the animals a great feeling of home. I only hope to get to go back again soon and ride the monorail. It has been down for maintenance since the Summer and they thought it would be back up by October but being Mid-November, it's still not there. That's okay though, because Texans still love the Dallas Zoo! They recently had their 1,000,000th visitor! That's a lot of people! Congratulations to the Dallas Zoo and here's to one million more!

Elizabeth is a work at home Mother of a sweet and beautiful daughter. She is a wife of seven years and a blogger for some time now. When she isn't spending time with her "Livvybug" she is looking for new review opportunities and writing or singing along to classic rock and pop music!
Attractions DFW Reviews