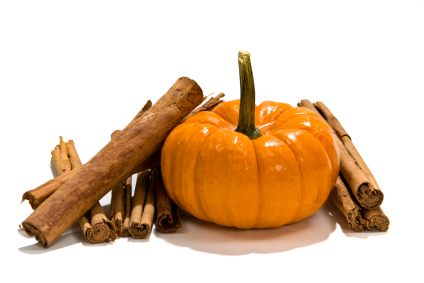 In 2015, I made a top 10 list that I truly thought could not be beaten. Last year it became clear that the Pumpkin Spice craze has really became so insane that I wonder how many people do not have brains--just giant pumpkins filled with "spice" in their heads! Here is the 2017 edition of "Top 10 Pumpkin Spice Items Currently in your Stores!"

Yes, this is real, no I have not eaten it. No, no one in my house will eat it either. Why? Why would you mix pumpkin and peanuts? Or better yet why would you mix spice and pumpkin and peanuts? I can't wrap my head around this! What jelly do you put with this? Gum drop? Gotta keep with that spice don't you? And yet, I know there is someone out there who saw this, and became this:

Alright, shall we first discuss the fact that over the last several years Twinkies have become dried cakes with very little filling? I used to LOVE Twinkies they were the best special gifted treat imaginable. You bite into the sponge cake and mm mm mm. Perhaps it's because I'm an adult so my palette is not so innocent when it comes to dried cakes. Or perhaps it's because they have changed their recipe but who in the WORLD thinks there's this much cream in a twinkie? Do you? If you do then you're wrong! Now, back to the Pumpkin Spice flavor. Twinkies are already sweet, I can't imagine this actually being any good, I really can't. I love how in the back of the image it's clear this isn't Pumpkin Spice based, it's Pumpkin Pie based...did you catch that?

In the summer, you put a marshmallow on a stick, put it in a fire, watch it burn (because I have yet to meet a person who can cook a marshmallow to perfection and not burnt so bad you can't taste the sugar any longer...including myself) then put it on a graham cracker with chocolate. What does that make? Smores. Yes, but in the Fall you have to somehow munch these sugary sensations tasting like pumpkin spice. No, ew. What do you do? Put them in your lattes? What about those amazing cappuccinos? Don't lose one of these under your fridge!

Last year, it was cheerios that had me wondering who on earth needed Pumpkin Spice for breakfast. This year it's Special K. Special K is meant to be a healthy cereal that permits you the chance to eat healthy while tasting strawberries normally. Now? Pumpkin Spice! Yes, go grab your box because...well if your Pumpkin Spice latte in the morning isn't enough let's get this stuff stuck in your teeth.

Not quite Pumpkin Spice, but can be just a sweet. I worked for Ben & Jerry's in 2011 for a short time, while pregnant. The number one rule in the store (even when I was brought back for the next season) was we had to taste every single flavor in the cooler. Let me just point out that when you're pregnant and you're forced to eat Buttered Pecan ice cream, you grow to hate Ben & Jerry's, haha. One thing this company is very good at doing is being extremely sweet with their ice cream. Their Chocolate Therapy is nothing but sweetness. So I would say that this ice cream is going to be sweet, and I wouldn't suggest getting it if you're someone who doesn't like sweets. But hey, I don't see spice on this!

No Cheerios and Special K! You can't be the only ones! You can't corner the cereal market with the same exact flavor! We must put it on everything even though we all taste the same and are overpriced! Anyone else notice that by the way, that you are spending $4.00 for a box of cereal that goes stale faster? Or is it just me? I'm glad my house doesn't like Pumpkin Spice it saves me money in the Fall, haha.

You need a snack, you've already today had your pumpkin spice cereal, coffee, you've snuck a twinkie at work and you've munch on some marshmallows. It's after dinner so what do you do, MORE PUMPKIN SPICE! Yeah, these cookies probably taste really good you can see the line of chocolate mixing with the pumpkin spice flavor. I love milanos I'll eat all their flavors (my favorite is the mint) so I won't rag on this one too much, but do yourself a favor and watch your sugar intake in the Fall.

My husband is a huge fan of this yogurt, he buys it regularly but this is one flavor he'll always avoid. Why is Pumpkin in everything in the Fall? I know they're being grown all year round just for the fall but we don't need it in everything! Though...this is probably pretty smooth and faint flavoring compared to some of the in your face things we've seen on the list this year...

I don't know about any of you, but when I walk into the bread aisle I can smell this company's raisin bread. It always smells so incredible and you start drooling thinking about it toasted with a little butter. I'm kind of glad I don't smell this bread, I don't think I'd be happy about it. But for those of you who love Pumpkin Spice this is probably a must have. Pepperidge Farm makes really good baked goods and their breads are no different, so go for it!

For the person who prefers their own coffee at home, but really wants that Starbucks flavoring of Pumpkin Spice. We all know this Pumpkin Spice craze is all due to Starbucks, we have them to thank for this. They start advertising the latte is coming back and women everywhere run to start putting their scarves and boots on ready for the Pumpkin Spice season. I'd say this is a great investment, because a starbucks drink is $4.00 each, at least with this you could spend $4.00 and have five or six drinks out of it. I personally like Maxwell House coffee over Starbucks, I just buy their Peppermint Mocha creamer myself.

Yes Archer, this is how I am with my Peppermint Mocha coffee, and how everyone is with their Pumpkin Spice Lattes, thank you.


Elizabeth is a wife to her wonderful husband, a work at home mother to her beautiful little girl and a blogger for some time now. When she isn't spending time with her "Livvybug", or laughing with her husband, she is looking for new review opportunities and writing or singing along to classic rock and pop music!
#reviewballerina #article #pumpkinspice
Articles Food and Meals