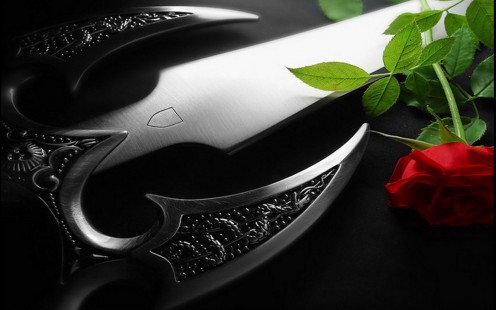 In 2008, I was standing in a grocery store looking at books and decided I wanted to start reading again. I hadn't been looking at books very often but I thought it was time to expand and try to give myself some entertainment. After picking up one book, I stood waiting for my then boyfriend to finish looking at magazines when I looked up and my gaze caught Dark Lover by JR Ward. I put the first book back on the shelf and skimmed the pages of the red and black novel, deciding to give the Black Dagger Brotherhood a try. 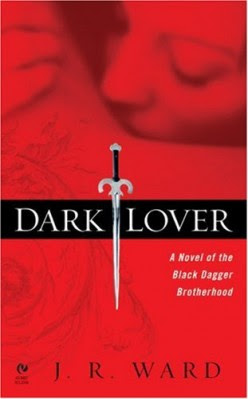 The book became so addicting I read through it within a mere nine hours. The main character "Wrath" was dark, powerful, mysterious, yet he had such a way with himself you couldn't wait to see what he intended to do about his new passions. His quarrels with others were created mostly by him and every moment the page turned, all you wanted to do was see how he fixed it. By the end of the book, I could do nothing but groan knowing I'd hit the last page, and wanted to read more.
Since then, I have read the novel series at least 10-15 times over and over. I have made numerous friends simply by saying "I'm a Cellie! Are you?". I have written fan fiction and even created a role playing forum that is based off the books (but is all original content). The books themselves have become a part of every day day dreaming and fun.
One thing that was noticed as the reader continues through the novels, is the realism of each character. Each vampire's name is unique (Wrath, Rhage, Vishous, Phury...) and each have a personality very different from each other. One would think that the WARDen (JR Ward) would have multiple personality disorder with all the work she puts into these stories! But each novel ends with a moment of happiness, followed by the reader once again almost sad they have to wait for the next book to find out what happens to another 'Brother' in the Brotherhood.

One thing that also is amazing, is how real the books feel. Throughout the books, the reader will get a desire and wish that all of it were real. The feel of the nightclubs where the Brothers hang out, the alleys where they hunt their enemies, even the realism of the restaurant in the second book "Lover Eternal", where the vampire Rhage meets a woman he is enchanted with is realistic, a TGI Friday's. Every part of it is amazing, fun, seductive, and down right naughty.
These are not your normal glittery Twilight vampires (Thank goodness). These vampires kill, they can't go out in the day time, and they will definitely not be gentle when making love to their shellans (a term for wife in the books). The imagery by JR Ward in every love scene is amazing and will leave the reader hungry for more. 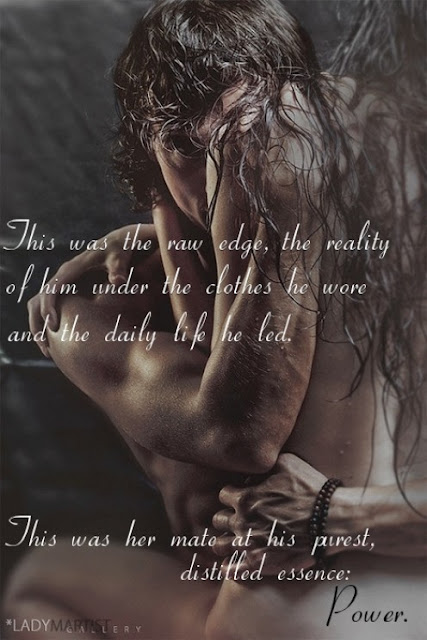 Within the last few novels, some of the fighting has dwindled. You don't read about the Brothers going out on the streets and fighting the undead. One particular thing that was important was that Butch as the "Dhestroyer" was able to "inhale" or "eat" the lessening society, keeping them from returning to the Omega. This was to weaken the Omega until he completely no longer existed. But, if he is not out there to fight and do so, wouldn't the Omega continue to strengthen? We also rarely see Phury in the books any longer, though he is no longer willing to fight shouldn't we read about what he does do? At this point I see him as a pimp just sitting around his mansion, watching women do things and not really caring about anything but his "top woman". It becomes frustrating that the books have begun to steer away from the initial excitement.
Though it is clear Wrath is blind, we still have the other brothers who could go out and destroy the undead. Yet all we do read now is within the Mansion life, at least until the WARDen began her new series based from the BDB. The first book, Blood Kiss is incredible and you can read that JR Ward truly enjoyed writing it. It has the same feel as the original books, brings the Brothers back around to fighting attire and training. The books are growing in popularity every year and after getting my best friend into them my next target is: My husband!

Elizabeth is a work at home Mother of a sweet and beautiful daughter. She is a wife of seven years and a blogger for some time now. When she isn't spending time with her "Livvybug" she is looking for new review opportunities and writing or singing along to classic rock and pop music!