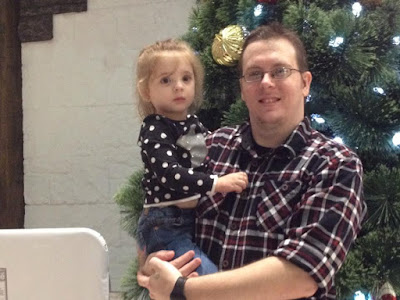 Odd Prime is the husband of The Ballerina and father to their beautiful little girl. He is a music producer, artist, stay at home father, and enjoys a very wide variety of hobbies such as playing video games, watching good movies (and being like Rifftrax with his own commentary), and even Vaping. After guest reviewing on Steph's Cheers & Jeers alongside his wife, it was only right that when she became her own blog he came along with her. Odd Prime will review men's products of all kinds, "Father" items, Vaping & E-Juice products, and much more! Why Odd Prime?

Odd Prime has had one of those lives you read about in a fictional book. With ups and downs, highs and lows, and the one thing that has remained a constant is the number "3". An Odd Prime. But, he has never let his experiences break his spirit and now he has the life he has always wanted with a wife that supports and loves him, a daughter that is his world and next step, Brain? To take over the world!

To contact Odd Prime regarding a product review, e-mail: oddprime@thereviewballerina.com.